Where is the outrage? 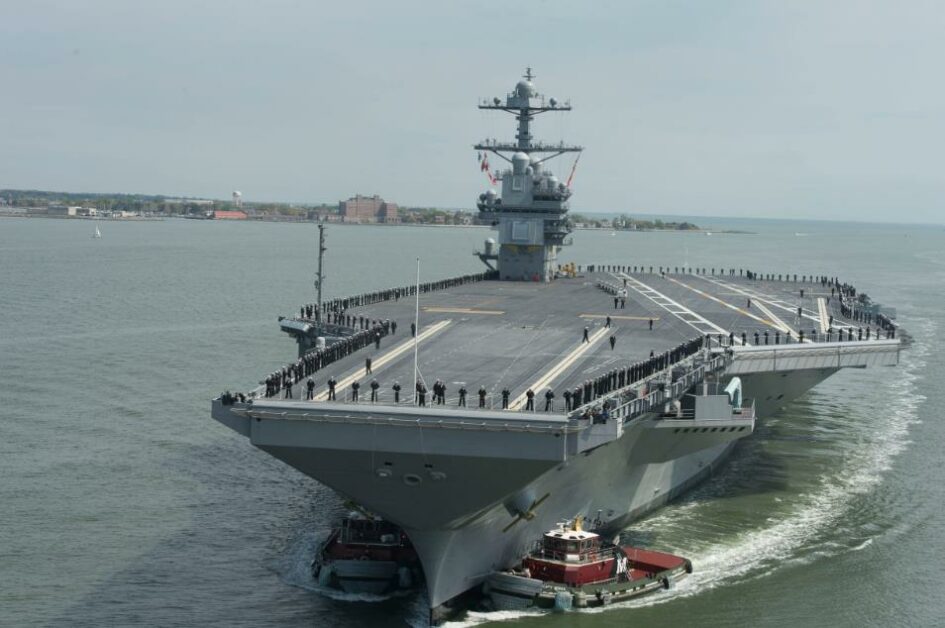 Conservatives scream in absolute rage about wasteful government spending. As well we should.  Point out a wasteful welfare program, and the most dangerous spot could be the space between conservatives and a microphone as conservatives race to denounce the horrible abuse of the taxpayer.

If there is a poster child to insane government defense spending right now, it is the USS Gerald Ford.  CVN-78 is the lead ship in the new Ford class of aircraft carriers.

And it has been a disaster.

It came in over budget and late. It was commissioned in 2017 by President Trump and it still has never deployed. The Navy is now saying the Ford will deploy by 2024.  Just to put this into perspective, the estimated life of the USS Ford is fifty years.  The ship will have gone through well over 10% of its projected lifespan before it is even able to deploy.

The problem is no one is being held accountable for this total disaster.

One of the biggest problems the Ford has are its weapons elevators. They were supposed to be cutting edge and be able to move more bombs from the weapons magazines to the flight deck, faster than previous models. There are eleven of them on the Ford. Only four work.

An aircraft carrier is useless if its planes can’t fight and without a way to get bombs and missiles to the flight deck, the Ford’s planes cannot fight.  Navy Secretary Richard Spencer, back at the first of the year, told President Trump, those elevators would be fixed by summer or the President could fire him.

It is way past summer. Those elevators still don’t work, and the President has not fired him.

The United States Navy has eleven supercarriers.  Ten of them are Nimitz class carriers and the last one is the Ford.  The oldest is the Nimitz, which is almost fifty years old. It will have to be retired soon and the Ford isn’t looking like it will be sailing anytime soon.

The United States Navy is stretched way too thin as it is. The Navy needs more, not fewer carriers and ships to go with those carriers.  But we cannot get those ships when the United States Treasury is treated like a credit card with no limit.

When programs like the Ford go way over budget and come in not able to perform their jobs, someone needs to be held accountable.

But accountability is a word that is foreign to the United States government.