Bitcoin as the canary 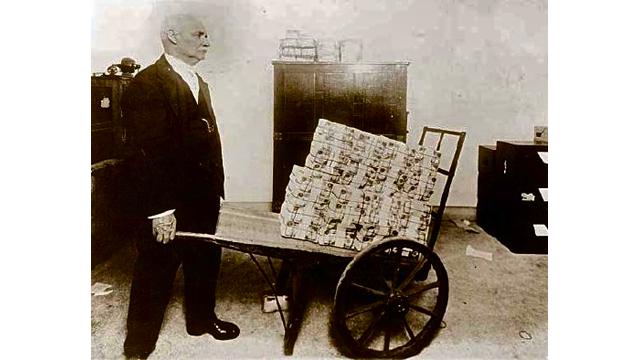 If you have invested in Bitcoin or any other cryptocurrency, the last couple of weeks have not been kind to you.

Why is this happening to Bitcoin?

There are a lot of powerful interests moving against Bitcoin and cryptocurrency.  The Chinese communist government just announced a ban on Bitcoin and Bitcoin mining. China has been the number one nation for Bitcoin mining before this band. The Chinese don’t want a decentralized, essentially free currency that they cannot control. They are creating a digital yuan, which I can control.  The communist don’t like free markets or competition, so they can’t allow any competition with their digital currency. They must have absolute control over their people. India is also banning Bitcoin. India is introducing its own digital currency and doesn’t want competition.

Bitcoin and cryptocurrencies are falling, but only for a certain time. They are coming back. When they come back their value will be far greater than it is today.

And as it does come back Bitcoin will become the canary in the mine for America. We are already seeing this.

Hyperinflation is coming to America. When it comes, look for Bitcoin and other cryptocurrencies to skyrocket in value.  We are faced with a government led by Joe Biden and the Democrats, who are making a complete assault on liberty and democracy. Hyperinflation will help them dismantle liberty.

Joe Biden is talking about spending $11 trillion. So put that in perspective, the government budget for fiscal year 2019 was $4.4 trillion. The federal reserve is printing money so fast that I can’t keep up with it. Now technically they’re not printing it because you don’t print money anymore. It’s just created by a computer.

Anyone who’s had freshman economics understands the basics of inflation. Inflation is too many dollars chasing too few products. That is what the Biden team is giving us. More and more dollars are being created, and if they are created they debase the value of current dollars. Banks are already talking about what they referred to as “transitory hyperinflation.” What does that mean? It means hyperinflation is coming, and the economist at the banks do not know when it will hit nor how bad it will be.

That’s a pretty good hint that it’s going to be, very, very bad.

Americans under 55 don’t remember the Carter years. Inflation crept up to 12%, and Americans did not react well.  With hyperinflation, Americans will see their paychecks diminishing value. In the Weimar Republic of Germany, in the early 1920s, hyperinflation was so bad people would run out with their wages and buy anything they could because the value of their money was shrinking by the minute.

If the dollar begins to shrink in value, crypto along with other stores of value will increase considerably. As hyperinflation rages out of control, Americans will demand that something be done. Demanding something that be done immediately, it’s usually the road to dictatorship.

The Democrats show their disdain for America and the constitutional republic daily. One famous Democrat advised, “never let a crisis go to waste. You will be able to do things you would ordinarily never be able to do.”

When hyperinflation hits America, and it will soon, it will be the end of the American republic. Democrats will do what they would ordinarily never be able to do.

When republics fall, they are always replaced by dictatorships.

This is coming and we cannot avoid it. Bitcoin is the canary in the mine. When you see Bitcoin’s value rising like a rocket, you know hyperinflation is coming right behind it.